THE RESPONSIBILITY OF BEING A WOMAN TRAVELER

If I had to choose which was the bravest day in my life, I would say it was when I decided to leave behind my house to go around the world on my motorcycle. The day when all the excuses died, for me it was no longer an impediment to come from a family with not much financial resources or to be born in a small country in Eastern Europe where many times women still got sometime less rights than men or have the label of not really being able to do something big.

But I felt that I could do it and that the time had come, I bet everything on a single card to start a trip without a return ticket and I open completely my eyes to not miss anything that would cross my path. But as the time and the kilometers were passing and I was going more into the East I realized that a trip like mine for a woman was not only an act of courage, it was also a responsibility.
The route made me attractive to the eyes of many women around the world, like the elevated eyes from the refugees giraffe women in Thailand, the hidden eyes behind the saree of the young wives of Rajhastan or repressed eyes like those of the orphans abandoned in the streets of Calcutta. 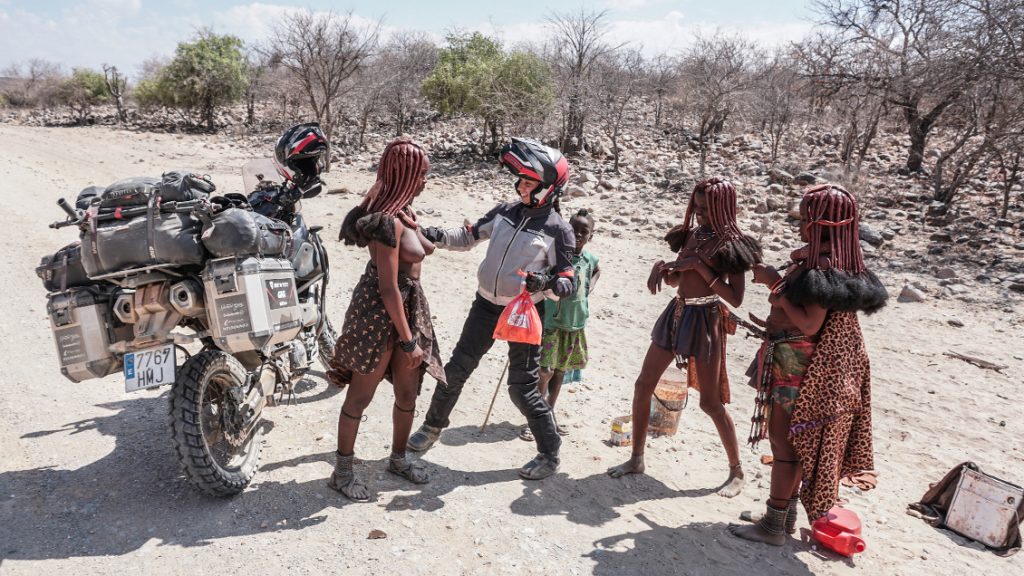 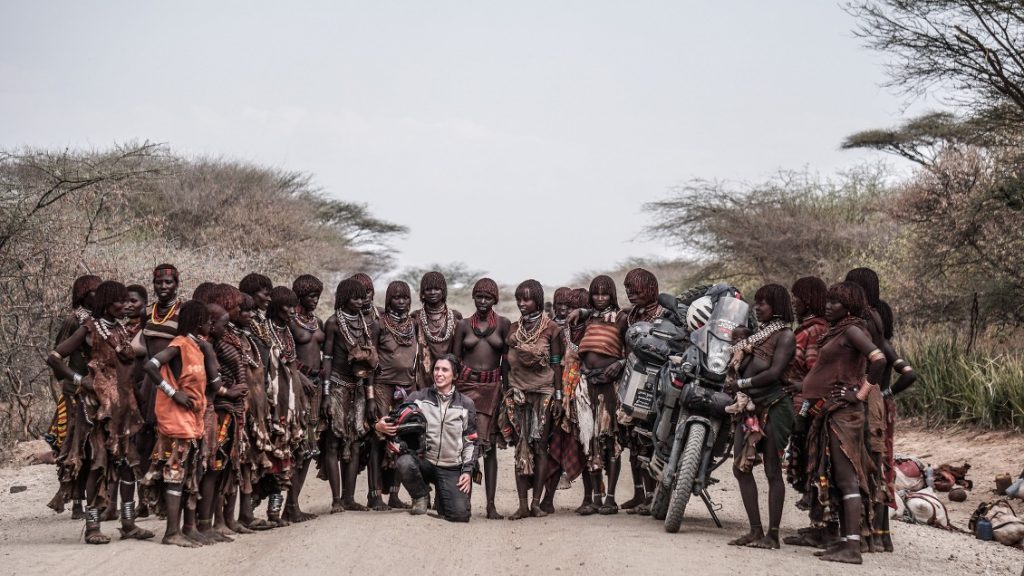 Those are feminine eyes from distant countries where being a woman limits their freedom, education and capacity of decisions. When one day destiny makes me to show up in their lives I mean so much to them that they can not stop looking at me, I am like a window to the world as powerful as the internet that they will never have and meeting me was the opportunity they got to understand that even a woman could do things like sit at the same table with men and laugh with them, they see how I have my own opinion and i expressed without needing my husband’s permission, how I work for my own, I´m independent and a person who respects herself.

Traveling the world can be a brave decision but i don´t have only to expect the world to teach me and make me grow as a person, I also had to use my example to try to help those other women who have much more difficulties in their life’s than I challenged. Somehow in many countries I became an ambassador of a female gender with the possibility of being able to show them that respecting themselves does not mean to betray their traditions and that their limits were far beyond what they been made to believe. But of course … I must also know how to empathize and not invite them to a radical change towards an unimaginable freedom because in certain environments that could have worse consequences than benefits. So every time we stayed to sleep in a family home I had to measure my actions in front of them much more than Manu, even when I was not aware I could also be being observed. Sometimes from one of the dark corners of the house where I did not pay attention to, there is a hidden girl who is looking me all the time. 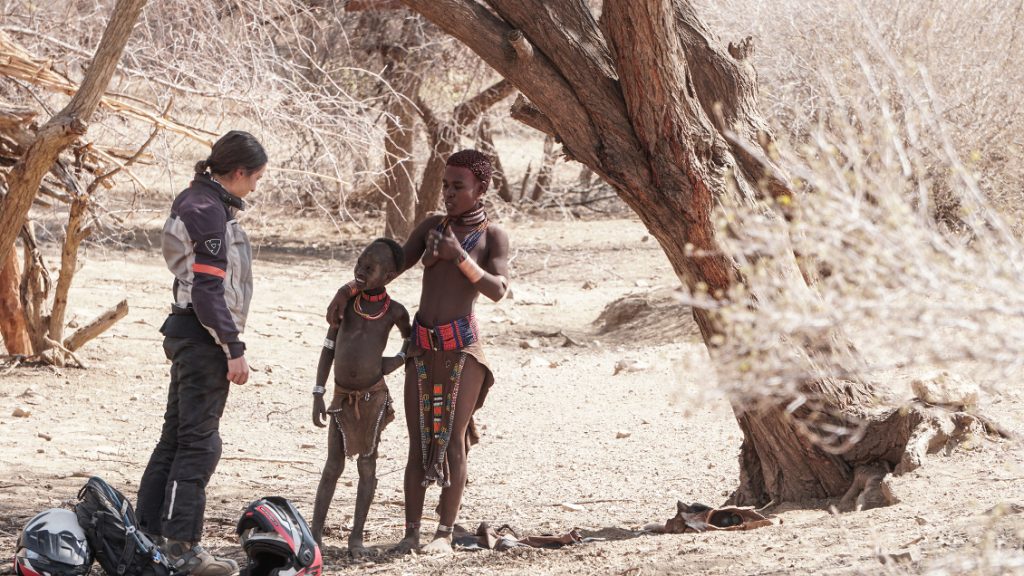 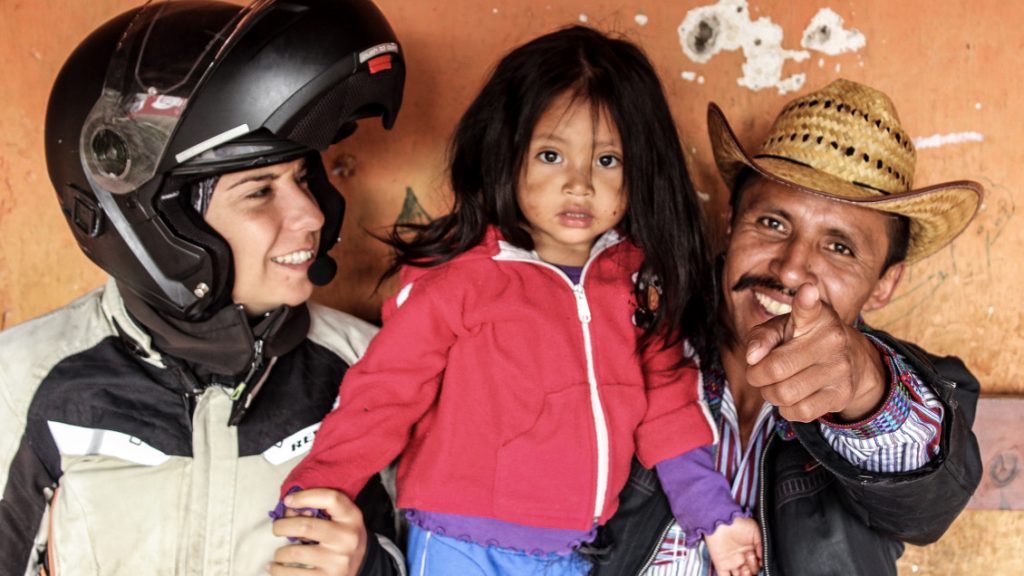 I always say that you have to listen to your instincts and follow your dream fighting with total self-confidence, but in the end I learned that the benefit of winning those battles is not just personal. Our struggle ends up becoming an example, and our actions have such a strong power of attraction to the point that they can become decisive in changing the lives of people we may never meet.
By the way, do you know who Dian Fossey was? Without knowing her life and story, and living in different time I felt connected to her when I discovered that her struggle in the past was the reason that attracted me to the volcanoes of Virunga in Rwanda.
This woman maybe was not aware of what her actions would bring, but her struggle helped that a country where happens one of the biggest genocides of the 20th century today is known like the Switzerland of Africa, but we’ll tell you about that in our next post 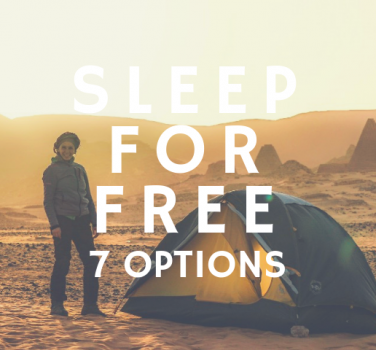 7 OPTIONS TO SLEEP FOR FREE DURING YOUR TRAVEL 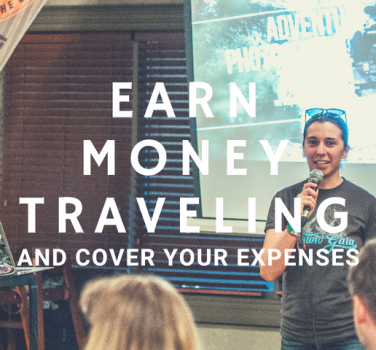 10 FORMULAS TO MAKE MONEY WITH YOUR TRAVEL 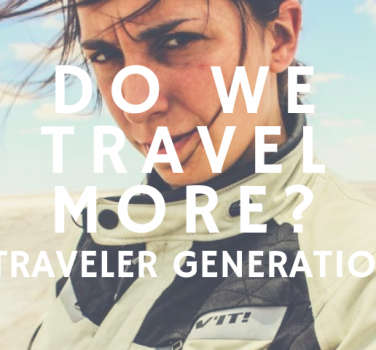